The historical interest attached to Colinton House arises from the fact that it was built in 1898 as a residence for Sir David Hunter, the first General Manager of the Natal Government Railways from 1897 to 1906. There is a presumption that the house was built by architect William Street-Wilson.

Before then the land was held by various descendants of Woolston Dickens the original owner of the land.

On the death of Sir David Hunter in 1914, was purchased by Louis Jacobson, a Durban livestock dealer who later sold it to Mrs Elizabeth Stack (born Alston), who used it as a preparatory school and boarding house until her death in 1942. Thereafter the house had a number of owners, it being used as a residential hotel and a convalescent home before being acquired by Drennan Maud and Partners in 1982 for use as professional offices.

Colinton House is typical of a late-nineteenth-century Berea villa with its unique and subtle way in which it integrates the comfortably, low spreading character of the early Natal verandah with the imposing two-storeyed house. The residence was declared a National Monument under old NMC legislation on 23 September 1983. For more detailed information, download the “History of Colinton House“ 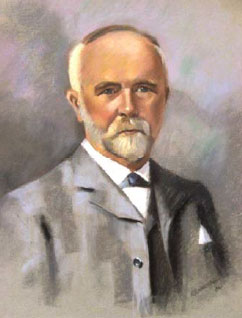 Please fill out the form below and we will contact you as soon as possible
N.B. Fields marked [*] are required before the form can be sent.